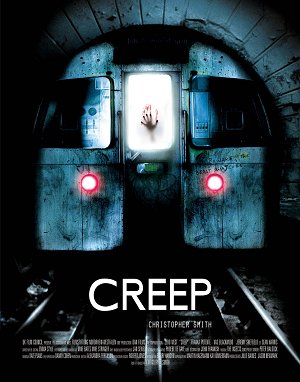 Kate, a young, snooty socialite, ends up getting trapped in the underground after missing the last train. During a sexual assault she meets Creep, aka Craig, a malformed, extremely strong psychopath who goes to extreme lengths to hunt her down. Eventually, she does get caught, but she escapes and learns some clues about Craig's past before the final confrontation with him.

The movie is a classic horror movie playing on our fear of the dark, enclosed spaces and ugly balding people with knives.

Not to be confused with the 2014 American film Creep.