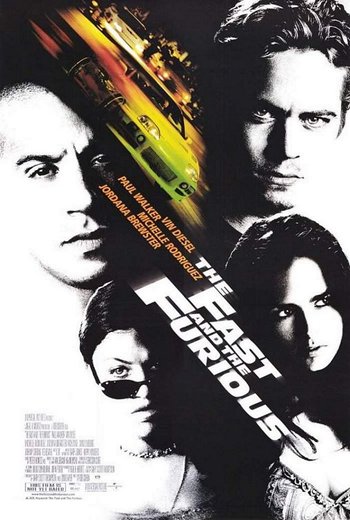 "I live my life a quarter mile at a time. Nothing else ... For those ten seconds or less, I'm free."
— Dominic Toretto
Advertisement:

Brian O'Conner (Walker) is an undercover LAPD officer looking into a string of highway semi-truck hijackings, which he suspects is linked to ex-convict Dominic "Dom" Toretto (Diesel) and his car shop crew. Brian works to get into their inner circle and comes to respect Dom for his sense of loyalty, which causes problems when his superiors start questioning where Brian's allegiance lies.