Literature / The House of the Spirits 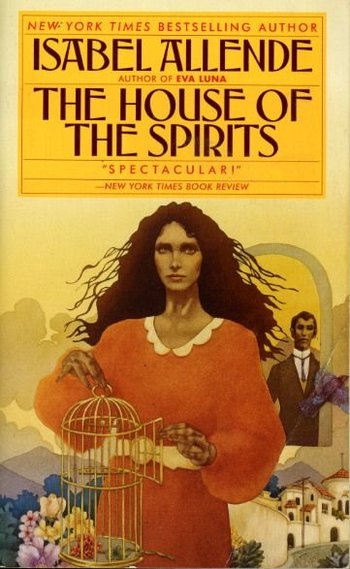 The House of the Spirits is a 1982 novel, Isabel Allende's first and most famous.

The book deals with the members of the Trueba family, their growth, their rise and eventually their downfall. Esteban Trueba, an ultra-conservative landowner, marries the Cloudcuckoolander Clara del Valle, with whom he has three kids, Blanca and the twins Nicolás and Jaime. Trueba builds his fortune through his farm Las Tres Marías, but this, coupled with his political views, throw a few wrenches in the wheels of his family. Drama ensues.

It sounds like your usual family drama. Well, that's because it is. Of course, all this is analyzed through three generations of Truebas, all this laced with political unrest, an earthquake and a coup d'état, between other stuff that happen in Chile... er, I mean, some nameless Latin American country.