Literature / House of Sand and Fog 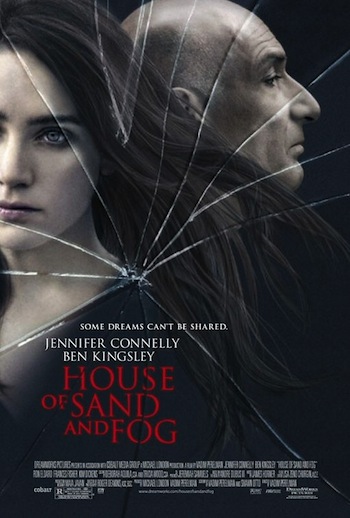 Excuse me, madam, is this your house?

House of Sand and Fog is a 1999 novel written by Andre Dubus III. It was later made into a 2003 film diected by Vadim Perelman, starring Ben Kingsley, Jennifer Connelly, and Shohreh Aghdashloo.

Kathy Nicolo, a former drug addict, loses her Californian bungalow in an unfair legal dispute with the county and has nowhere else to go. Massoud Amir Behrani, an Iranian immigrant living the United States, buys it in hopes that he can fix it and sell it for a higher price to help his family. Both believe that they are entitled to the house and the conflict turns to tragedy.