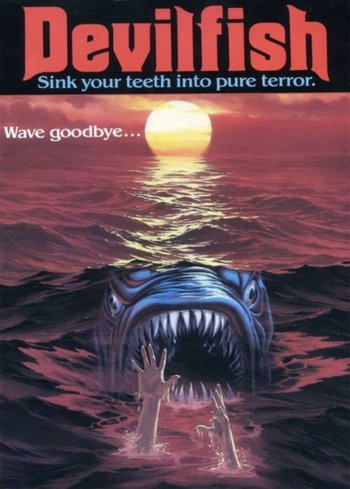 The WOI (West Ocean International) has made a fish. Not just any fish, mind you, but a giant, tentacled, beaked monstrosity that ignores every other source of food in the ocean to snack on whatever humans wind up in there. Why? For Science! Or possibly for money. Regardless, they have made a fish, and it has a taste for blood.

When the marine biologists Bob and Stella find themselves unable to properly track the creature, they bring in electrician Peter to design a custom machine to help them track and kill the monster fish, and sometimes to go make out, down Budweiser, and get eaten. Somewhere in the mix is also a fantastically ugly Professional Killer brutally killing off the female cast.