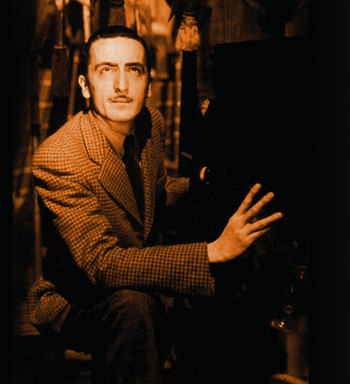 Mario Bava (31 July 1914 — 27 April 1980) was an Italian cinematographer, screenwriter and director known primarily for his horror films, although he also directed movies in other genres (including crime thrillers, sci-fi and even westerns). Bava basically invented the giallo subgenre with his 1963 movie The Girl Who Knew Too Much as the Trope Maker and his 1964 movie Blood And Black Lace as the Trope Codifier. He directed the pre-Halloween, proto-Slasher Movie Bay of Blood and even influenced the look of 1979's Alien with his spooky sci-fi/horror Planet of the Vampires.

Although best known as a director, Bava got his start as a cinematographer and special effects man (a role he would also fulfill on his own movies when money was tight — which was often). He had no ego and would work on friends' projects as a cinematographer or a effects man or a lighting technician, often for no credit. He was hugely influential in the realm of lighting and mood, and later Italian genre directors owe him a great debt indeed.