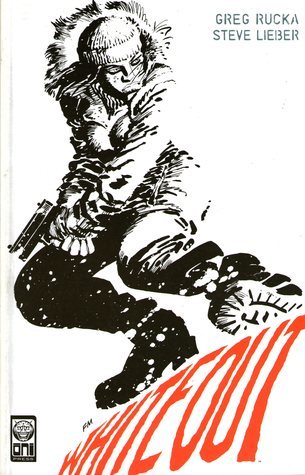 Whiteout is the first comic book written by (at the time) crime novelist Greg Rucka, published by Oni Press as a 4-issue miniseries from July to November 1998, and follows U.S. Marshal Carrie Stetko's investigation of a murder at McMurdo Station in Antarctica.

A sequel, Whiteout: Melt (September 1999 to February 2000), deals with the theft of hidden nuclear weapons from an ex-Soviet base. A film adaptation of the first book was released in 2009, directed by Dominic Sena and starring Kate Beckinsale, Tom Skerritt, Gabriel Macht, and Columbus Short.