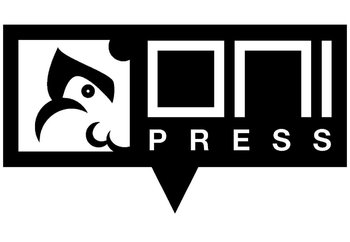 Oni Press is a Portland based independent comic book publisher founded in 1997 by Bob Schreck and Joe Nozemack. They were dissatisfied with what was available so they decided that they would establish a company "with the goal of publishing the kinds of comics and graphic novels they themselves would want to read".

Schreck left the company in 1999 to work as an editor at DC Comics.

Nozemack joined with film producer Eric Gitter in 2003 to form a media production company called Closed on Mondays to help Oni Press creators adapt their comics to other media. Due problems caused by distance between offices, Gitter left in 2015 and a new film and production arm called Oni Entertainment was established.

In 2017, the publisher announced an imprint called Oni Games that publishes Tabletop Games.

Oni Press has published a wide variety of comics from a range of genres including licensed works such as The View Askewniverse, Invader Zim, Rick and Morty and Aggretsuko.