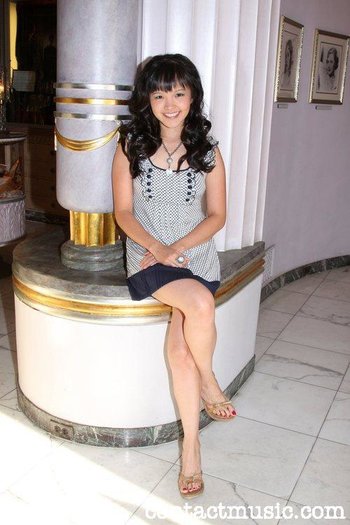 Tania Gunadi is an Indonesian-American actress and voice actress who was born on July 29, 1983 in Bandung, Indonesia.

Tania Gunadi got her start in live action in the early 2000s working on a lot of DCOM's such as Allison Wong on Even Stevens, Cindy on Pixel Perfect, and Mojo in Go Figure. She's also played Emma Lau on Aaron Stone.

She had some minor voice roles, but officially made her voice acting debut as Miko Nakadai on Transformers: Prime, and landing a bunch of roles after that, such as Lady Shiva on DC Super Hero Girls, Sashi Kobayashi on Penn Zero: Part-Time Hero, and Miss Elodie on Sofia the First.

She's often typecast into playing tomboys or those that have a type of edge to them. Asian characters are common for her to play.