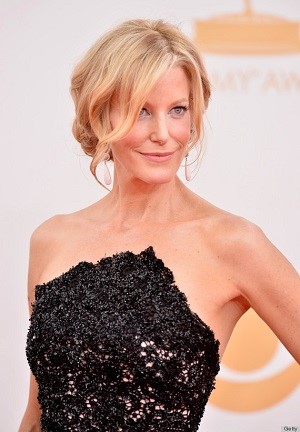 Anna Gunn (born August 11, 1968 in Cleveland, Ohio) is an American actress, best known for her role as Skyler White on the massively popular and critically adored AMC drama series Breaking Bad. For her role as Skyler, Gunn was nominated three times for a Primetime Emmy for Outstanding Supporting Actress, winning in 2013 and 2014.
Advertisement:

Gunn is no stranger to dark and critically acclaimed series, having starred as Martha Bullock on the dearly departed Deadwood. She is also the longtime voice of Ariel in the Legacy of Kain series.