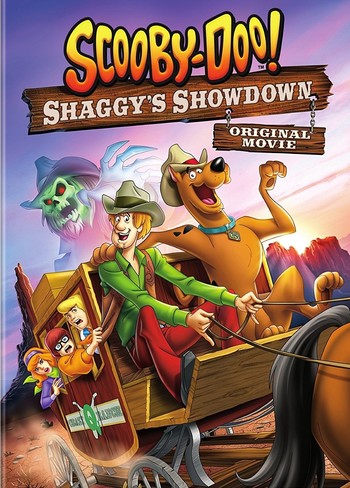 Scooby-Doo! Shaggy's Showdown is the 26th entry in the Scooby-Doo Direct-to-Video Film Series.

However, it turns out the ranch and the town it resides in is being haunted by the ghost of Dapper Jack Rogers, an outlaw who once terrorized the town and happens to be Shaggy's ancestor.

The gang set out to find out the truth behind Dapper Jack's appearances, while also adjusting to western life in many ways.