Comic Strip / Dykes to Watch Out For 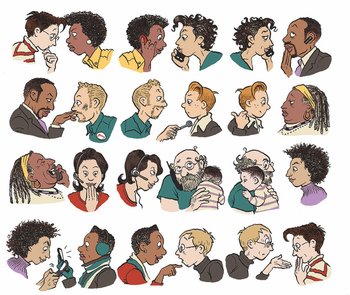 This long-running Slice of Life series by Alison Bechdel about the lives, loves, and politics of a group of lesbians in an unspecified midwestern town is one of the most popular of all LGBT comic strips. Originally introduced as a series of one-shot vignettes in 1983, the strip shortly moved to its serialized format with recurring characters. After writing the strip for more than 25 years, Bechdel put it on hiatus in 2008 to concentrate on her graphic memoirs Fun Home and Are You My Mother? The comic strip began to make a return in 2016, and has updated sporadically since.

Trope Namer for The Bechdel Test, the rules listed here.