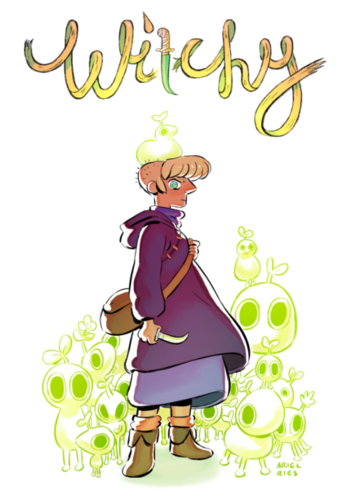 Witchy is a Webcomic written and drawn by Ariel Ries, set in a fantasy world called Hyalin where hair length dictates magic power. Short haired people are looked down on, but those with hair that is considered too long are considered dangerous and are put to death. Powerful enough witches are conscripted into the Witch Guard, who serve as soldiers during war and peacekeepers in peacetime. The protagonist, Nyneve, is bullied for her short hair and lackluster magic ability. However, she keeps a terrible secret — her hair is actually so long that she is terrified of being put to death or conscripted.

Witchy updates every Tuesday and can be read here