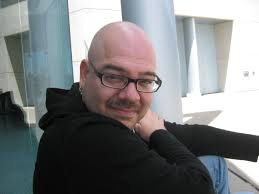 Greg Rucka (born November 29, 1969) is an American crime novelist who wrote six novels featuring bodyguard Atticus Kodiak before crossing over into comic books with Whiteout and going on to write a highly respected run on Wonder Woman and several Batman and Superman titles. His creator-owned Queen and Country series is unusual in that he has written comics and novels in the storyline. He is currently writing the creator-owned Feudal Future Crapsack World Image Comics series Lazarus (with his Gotham Central collaborator Michael Lark) and a creator-owned series called Black Magick with artist Nicola Scott (Birds of Prey, Teen Titans).