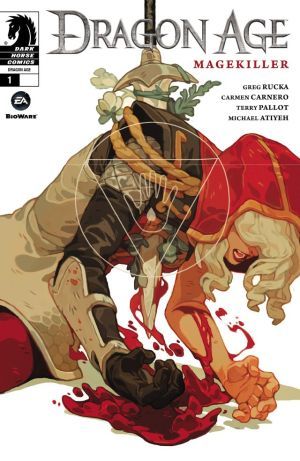 Magekiller is a comicbook miniseries set in the Dragon Age universe, written by Greg Rucka and published by Dark Horse Comics in 2015 and 2016. It covers events that occur before, during, and after Dragon Age: Inquisition.
Advertisement:

Marius is a stoic former slave from Tevinter. Tessa is a loudmouthed noblewoman from Nevarra. Together, they work as Magekillers, those who hunt mages when the Templars won't suffice. One day, the two of them accept a strange job that sends them on an adventure.