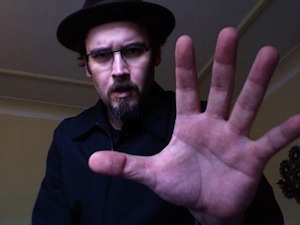 Forbush Man: You did this? You killed Captain America?
Ed Brubaker: Do you mean did I write the best-selling comic of 2007? Yes, I did. Here, you wanna touch my Eisners, don't you?
— Captain America: Who Won't Wield The Shield? #1
Advertisement:

Ed Brubaker (born November 17, 1966) is an American comics writer who has plied his trade at both DC Comics and Marvel Comics, but ascended to superstar status at the latter. He got his start writing independent crime comics in the 1990s (earning an Eisner nomination for his debut in 1993, and more in 1999), before taking up in the Bat-books are DC around the turn of the Millennium. This notably included the launch of a new Catwoman title, and the acclaimed Gotham Central series focusing on the Gotham Police (co-written with Greg Rucka). Around the same time, his work on DC's Wildstorm included the acclaimed Sleeper (WildStorm) and twelve issues on The Authority.

In 2005, he migrated over to Marvel Comics to write Captain America, beginning a landmark run that has been hailed as the best ever on the title. Subsequent work has included stints on Daredevil and X-Men and the reviving of Iron Fist with Matt Fraction. He frequently works with Sean Phillips, beginning with the aforementioned Sleeper (WildStorm), and more recently, a string of creator-owned books: Criminal (2006), Incognito, Fatale, The Fade Out, Kill or Be Killed, Pulp, and Reckless. He has won the Best Writer Eisner Award three times (the fourth-most wins of any writer, behind Alan Moore, Neil Gaiman, and Brian K. Vaughan). In early 2022, he signed on to head the writer's room for the upcoming Batman cartoon, Batman: Caped Crusader.