Comic Book / The Fade Out 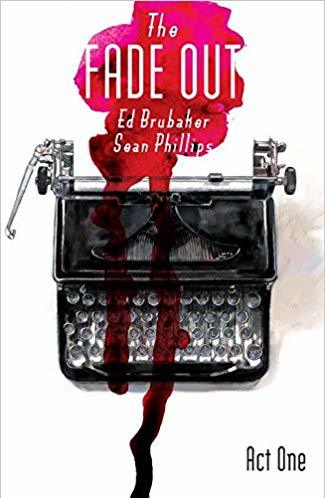 The Fade Out is a twelve-issue Comic Book miniseries by Ed Brubaker and Sean Philips, published by Image Comics. The story is a straight up Film Noir Hollywood California Crime Fiction story set only a few years after World War II.

Charles Parish is a screenwriter for a Hollywood studio. A master of his craft back in the day, Parish has been reduced to a shell of his former self by the horrors of the war and he hasn't been able to write anything since. His only way to succeed is to let Gil Mason, his mentor turned blacklisted pariah, ghost-write for him. Parish maintains a barely tolerable existence as a front for Mason's screenplays while drinking the days away, nursing a more than visible crush on starlet Val Sommers, and maintaining a sexually tense friendship with Gil's wife Melba.

Then, one morning, Parish wakes in a bathtub in a studio-owned house with a massive hangover, and finds Val dead from strangulation in the living room. Knowing how bad it looks, Parish quietly escapes with no one the wiser, only to find that the studio covers up the murder as a suicide and quickly replaces her with a brand new actress. Motivated by his guilt over his actions and an obsession with knowing what happened the night before, Parish enlists Gil to help him solve this mystery of sex crimes, cover-ups, and blacklisting.

The Fade Out contains examples of: