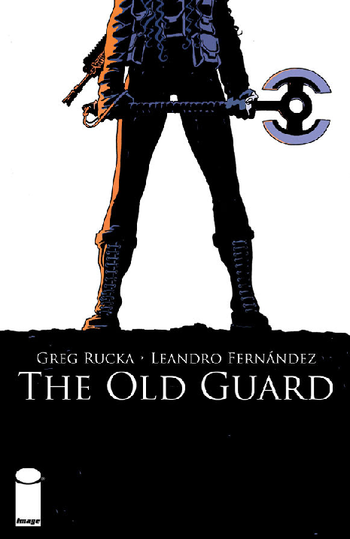 The Old Guard is a creator-owned Image Comics series by writer Greg Rucka (Lazarus, Black Magick) and artist Leandro Fernandez (Stormwatch: Post Human Division, Northlanders). The main character is Andromache of Scythia (she goes by "Andy"), a mercenary who has lived for millennia, along with her younger comrades-in-arms: two veterans of the First Crusade, Joe and Nicky, and the 'baby' of the bunch, Booker, a French soldier who fought for Napoleon.

Turns out, living in the modern era is a challenge none of the four envisioned, and staying hidden is becoming increasingly difficult as records become more comprehensive and social media becomes omnipresent. Tired from nearly endless fighting, Andy reluctantly agrees to do a second job for a former contact, intending to take some time off afterward. But things are not what they seem, and the old warrior has to deal with unexpected fallout, as well as the awakening of a new immortal, the first in nearly two hundred years.

A second volume, subtitled Force Multiplied, deals with the consequences of the first arc and sets up what Rucka says will be a third, final story, Fade Away.

Followed by an anthology, The Old Guard: Tales Through Time in 2021.

A film based on the first volume, directed by Gina Prince-Blythewood and starring Charlize Theron as Andy, was released on Netflix in 2020.

The Old Guard provides examples of the following tropes: 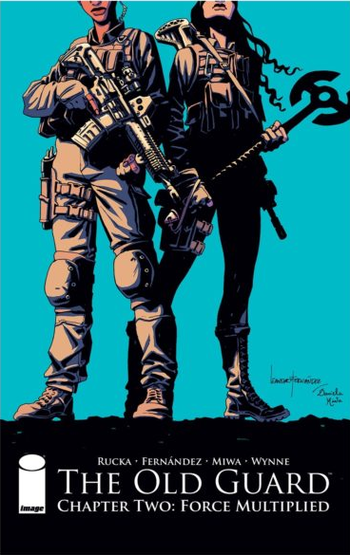