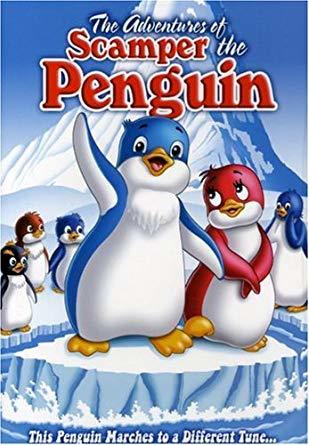 The movie tells the tale of Scamper (Lolo), an Adélie penguin, from his hatching to his adulthood, and the adventures he goes on. It begins as a sort of penguiny Slice of Life, but about halfway through, it becomes a (still penguiny) adventure story. Through the course of the movie, Scamper makes friends, meets humans, tries to fly, floats away on an iceberg, escapes from a ship, and leads an army of penguins in defend the South Pole from a group of poachers. Hey, Scamper's not your ordinary penguin.