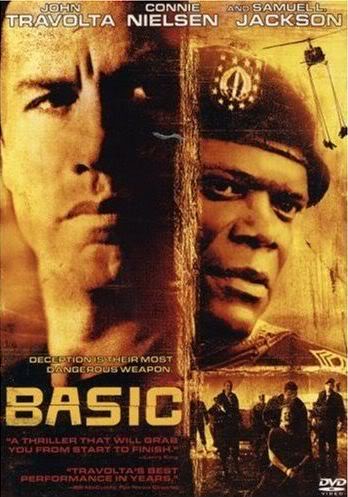 Tom Hardy (Travolta) is a DEA agent and former U.S. Army Ranger operating in Panama, who is currently on suspension due to suspicion that he's corrupt. While on suspension, he is called upon by old Army buddy Col. Bill Styles (Tim Daly), the commander of a nearby U.S. military base that is a few months away from closing, to investigate a training exercise that was being led by Hardy's old drill sergeant, Sgt. Nathan West (Jackson), one that appears to have resulted in multiple deaths and soldiers being MIA.

After a prolonged and grueling training period, Sgt. West took about half a dozen of his Ranger trainees to a remote location for a live fire exercise just as a hurricane is barreling down on them. After 17 hours without radio contact, a helicopter was sent in to pick them up. As the helicopter drew near, one of the trainees can be seen carrying another, who is apparently wounded. Suddenly, a third trainee pops out of the forest and starts shooting at the two of them. After an exchange of gunfire, the third trainee goes down.

None of the other soldiers (including West) have been found, and neither of the witnesses are talking. To get to the bottom of what happened and why, Hardy and Army investigator Capt. Julia Osborne (Connie Nielsen) will have to deal with lies and deceptions from the moment that Hardy sets foot on the base, and it'll only get worse as the witnesses start talking and try to spin what happened to their benefit.