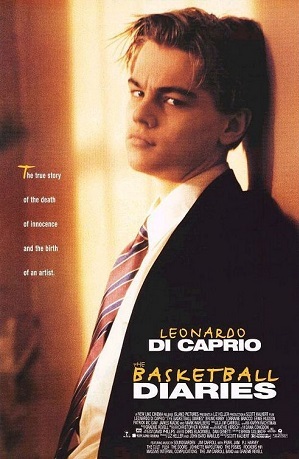 The Basketball Diaries is a 1995 biographical crime drama film directed by Scott Kalvert and based on the memoir of the same name by Jim Carroll. The film features a rather star-studded cast, including an early starring role for Leonardo DiCaprio as Carroll, with Mark Wahlberg, Juliette Lewis, James Madio, Michael Imperioli and Ernie Hudson among the supporting actors.

The film depicts Carroll's life growing up in New York City as a 16-year-old with his group of best friends, mostly being hoodlums and delinquents already. Jim gets introduced to drugs and eventually gets kicked out of high school as he starts to spiral out of control. He quickly finds himself estranged from his friends, begging his mother for money, and living on the streets, even offering himself up at times just to get his next score.

On the brink of death, a chance encounter ends up altering the course of his life...