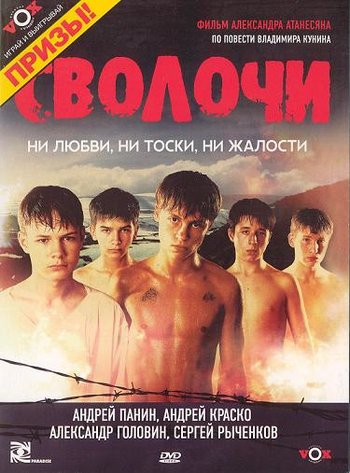 Bastards (Russian: Сволочи, Svolochi) is a 2006 action-adventure film. A Russian project directed by Aleksandr Atanesyan, its story-line centers around a group of teenage convicts that the Soviet Union, facing desperate straits during World War II, trains for an important guerrilla mission. The young men face difficult challenges both in getting ready and also when finally heading into the treacherous mountains in which the German facility that they must destroy awaits. For all of their status as nobodies, the Russian military is counting on them.

Actors in the film include Dmitriy Gorevoy, son of prominent Russian character actor Mikhail Gorevoy. In comparison to other Russian films, Bastards attracted some international attention for its subject material and the controversy about its alleged historical accuracy. The movie additionally won both 'Best Film' and 'Best Action Sequence' during the MTV Russian Movie Awards in 2007 as well.