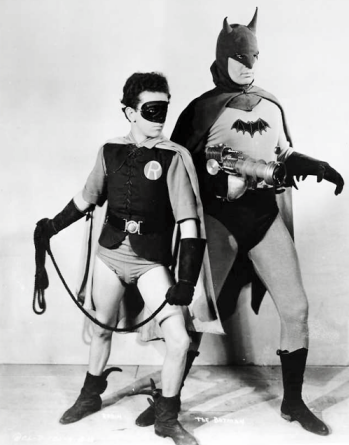 The plot is based on Batman, a US government agent, attempting to defeat the Japanese agent Dr. Daka, at the height of World War II, with Dr. Daka possessing a dangerous device able to turn people into Zombie-like creatures. It also features an insanely ornate office-type Batdesk.

The film is noteworthy as Batman's first live-action (and theatrically released) depiction as well as being the inspiration for the 1960s TV show that popularized the comic book character even further. In addition, this film marked the first appearance, film or print, of the Batcave. It also spawned a sequel serial called Batman and Robin.

Not to be confused with the animated series of the same name, nor the 2022 film.