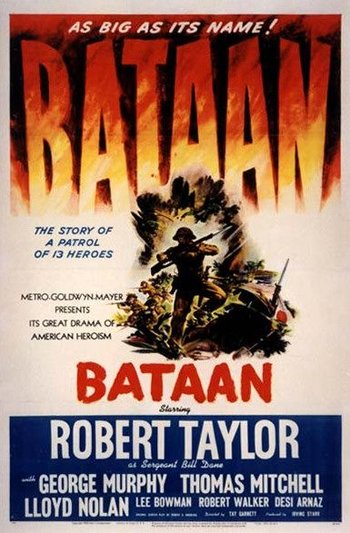 Bataanis a 1943 American black-and-white World War II propaganda film from Metro-Goldwyn-Mayer, produced by Irving Starr (with Dore Schary as executive producer), directed by Tay Garnett. Starring Robert Taylor, George Murphy, Thomas Mitchell, and Lloyd Nolan, the film follows a ragtag group of soldiers trying to hold back the Japanese army during the 1941 invasion of the Philippines.

Tropes that appear in this film: