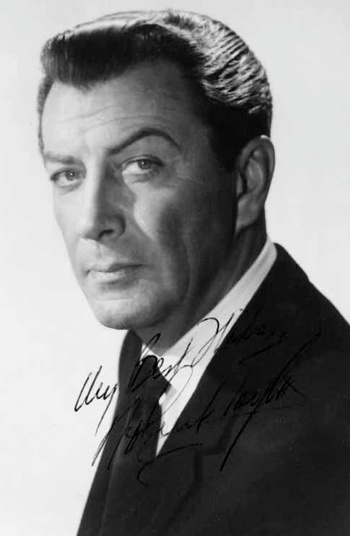 He started his career during The Pre-Code Era and went on to become one the most popular leading men of The Golden Age of Hollywood.

He was married to Barbara Stanwyck from 1939 to 1951 then to German-born actress Ursula Thiess from 1954 to his death. Even though he appeared with her in Ivanhoe, he has no family ties to Elizabeth Taylor.

Tropes from his works: