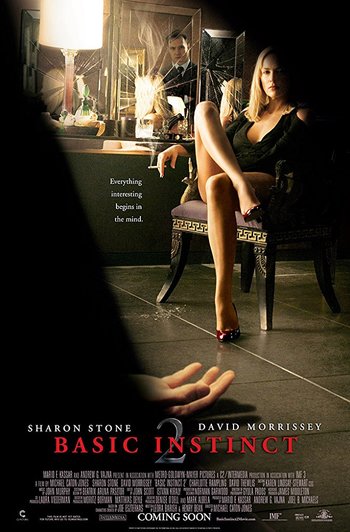 Everything interesting begins in the mind.
Advertisement:

The film follows novelist and suspected serial killer Catherine Tramell (Stone), who is once again in trouble with the authorities. Scotland Yard appoints psychiatrist Dr. Michael Glass (Morrissey) to evaluate her after a man in Tramell's presence dies. As with Detective Nick Curran in the first film, Glass becomes a victim of Tramell's seductive games.