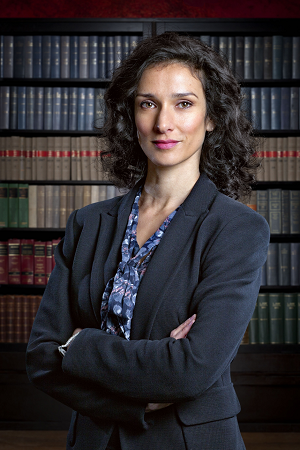 Indira Varma (born 14 May 1973 in Bath, England) is an English actress of Indian, Italian and Swiss descent.

Her first major role was in Kama Sutra: A Tale of Love, setting her up rather nicely for all her Ms. Fanservice roles. She's well-known for her appearances in acclaimed television series such as Rome, Luther and Game of Thrones, on which she played Ellaria Sand.