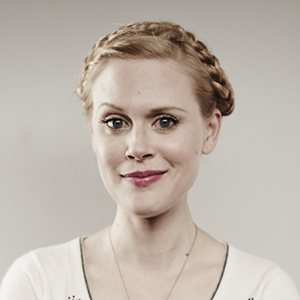 Janet Varney (born February 16, 1976 in Tucson, Arizona) is an American actor. She is most well-known for playing the title character of The Legend of Korra.

Tropes that apply to her works include: