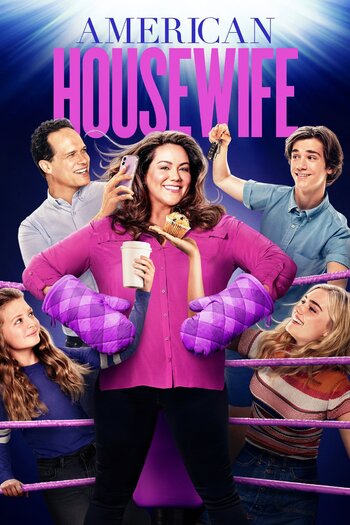 Katie Otto is an average American housewife who, along with her husband Greg, tries her best to provide a good home for her three children. Unfortunately, the Ottos live in Westport, an extremely wealthy suburb where everyone is seemingly perfect and live lifestyles that are well beyond the Ottos' more modest means. In this environment, Katie has her hands full trying to keep her two eldest children from turning into complete brats while helping her youngest cope with OCD.

After receiving a full 22-episode season order on November 4, 2016, ABC ordered an additional episode a month later for a total of 23 episodes. The show was renewed for a second season on May 11, 2017. A third season order was announced on May 11, 2018. The fourth season premiered in its new Friday night time slot on September 27, 2019. Mid-season, the show was announced to be moving to Wednesdays and the timeslot vacated by Modern Family, airing immediately after it for several weeks starting on March 18, 2020; the 21-episode order was pared down to 20 with the industry-wide cancellation of filming due to the coronavirus outbreak. A fifth season order was announced on May 21.

During the off-season, there were a number of cast changes, with Julia Butters (Anna-Kat) departing to pursue a movie career after her breakout role in Once Upon a Time in Hollywood and, more controversially, Carly Hughes (Angela) leaving due to her complaints about racist behavior and producers creating a "toxic environment". Ali Wong, who played the show's only other non-white regular character, Doris, officially remained part of the cast but appeared only via remote segments (and would stop appearing altogether mid-season). The show notably returned a week after all the other sitcoms in its new night of Wednesday, on October 28, 2020 at 8:30, running for only thirteen episodes (which brought the show over 100 total) before production was cut short for the season, ostensibly due yet again to coronavirus. The final episode aired on March 31, 2021.

The show was officially cancelled on May 14, 2021, after five seasons on the air.