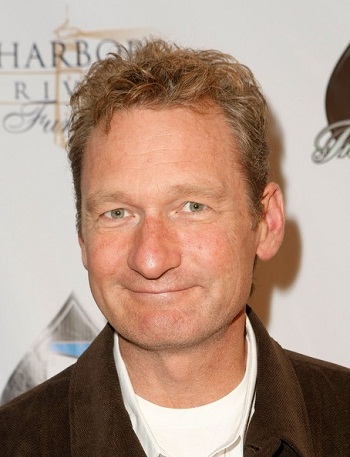 Ryan Lee Stiles (born April 22, 1959) is an American-Canadian actor. He starred on The Drew Carey Show, all TV versions of Whose Line Is It Anyway?, Drew Carey's Improv-A-Ganza, and Two and a Half Men. He is married to Alan's ex-wife.

Tropes associated with Ryan Stiles include: