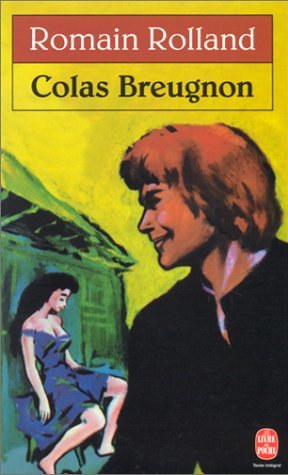 Thanks be to St. Martin, business is bad, so there is no use in breaking one's back; and Lord knows I have worked hard enough in my time to take a little rest and comfort here at my table, with a bottle of wine on my right hand, the ink-well on the left, and a new quire of paper before me.
Advertisement:

Colas Breugnon is a 1918 novel by Romain Rolland, a nostalgic look at his hometown of Clamecy through the eyes of the eponymous sixteenth-century old carpenter. Written as his diary, it chronicles the local goings-on, from wars through plagues to brigandry, through his optimistic and joyful eyes, the optimism undying even when struck with personal tragedy or unlucky love. A mostly light-hearted book.

It has had an opera adaptation written by Dmitry Kabalevsky back in the thirties.