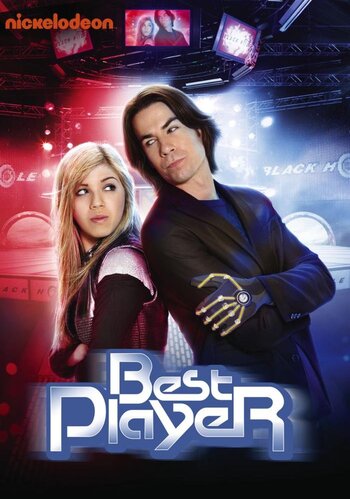 A Nickelodeon Made-for-TV Movie starring iCarly actors Jennette McCurdy and Jerry Trainor. Trainor is Quincy, the gamer living in his parents' basement. Except his parents are selling the house. Conveniently, his helpful friend Wendell (played by Amir Talai) informs him of a video game tournament with a cash prize. Cash enough for him to buy the house himself. But the heretofore undefeated Quincy meets his match when he comes across a mysterious gamer called "Prodigy" that crushes him mercilessly. Quincy and Wendell set out to discover who this Prodigy is and find his weaknesses. Except, they find, Prodigy is a sixteen year old Chris Sanders (McCurdy). Whose mom thinks Quincy is her internet date... A light-hearted comedy that also has Janet Varney as Chris's mom.