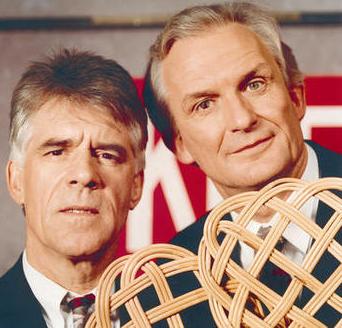 In all incarnations the shows were basically the same. Van Kooten and De Bie talked about stuff that was in the media that week and showed sketches in which they played countless reappearing comedy characters. Several of these characters became very popular and are fondly remembered to this day. They painted an amusing satirical view of Dutch society that nevertheless appealed to both the high brow as well as the general public. They won countless awards and honors. In the Netherlands and Flanders, Belgium their satirical status is comparable to Monty Python, despite the fact that their comedy was never totally absurd, but always rooted in reality. They never made a film, but they did release several other merchandising items, like calendars, books, songs and comedy albums.

For decades their shows were broadcast weekly on Sunday evenings. By 1998 they felt they had done everything and decided to quit. Since then they no longer perform together, but remain on good terms with each other. Their influence on Dutch and Flemish comedy endures. Because of the sheer scope of their video back catalogue Van Kooten and De Bie never released all their episodes, but personally selected only the best ones of each year for DVD release.

Interestingly their names are pretty polar opposites. "Kooten" is derived from "koten" and ultimately from "kot" which means something ramshackle or rudimentary. "Bie" on the other hand means great or wonderful.