Film / Where the Truth Lies 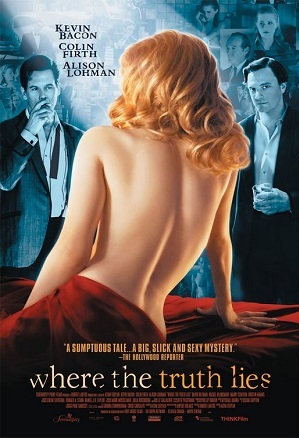 In the 1950s, Lanny Morris (Bacon) and Vince Collins (Firth) are the most popular comedy duo in the States, until the mysterious death of a college student Maureen O'Flaherty (Blanchard) in their hotel room prompts the two to end their collaboration and disappear from the public eye. Fifteen years later, journalist Karen O'Connor (Lohman) tries to find out what happened that night.