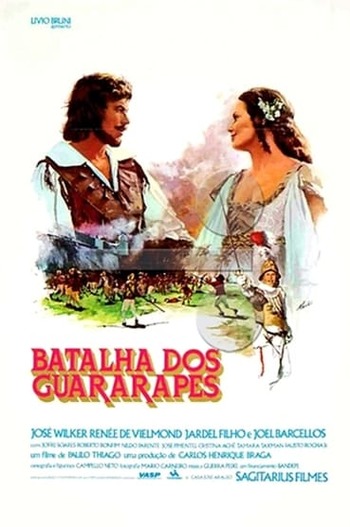 Batalha dos Guararapes (Battle of Guararapes in English) is a 1978 historical movie directed by Paulo Thiago depicting the Dutch invasions of Northeast Brazil. In the beginning of the 17th Century, Brazil is a Portuguese colony which has been occupied by the Dutch East Indian Company for their rich resources and sugar plantations. With Portugal too weak to help their colonists, it's up to them to forge an alliance with the natives and former slaves to drive out the invaders, culminating into the titular clash.

Considered one of the biggest and most expensive super-productions in Brazilian cinema, it featured a cast of 120 actors with more than 3 thousand extras, costing 3,5 million dollars at the time of it's production.