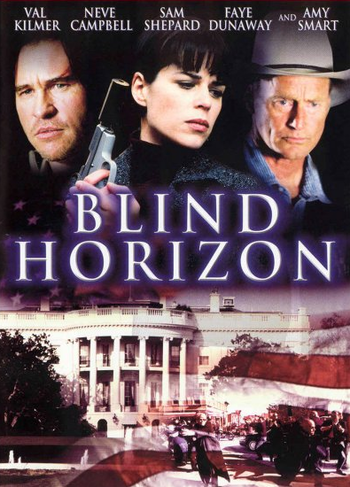 A man wakes up in the desert suffering from a gunshot wound to the head and no idea of who he is. Somehow, though, he's aware of a conspiracy to assassinate the U.S. President in a small New Mexican town.

Trope examples from this film include: