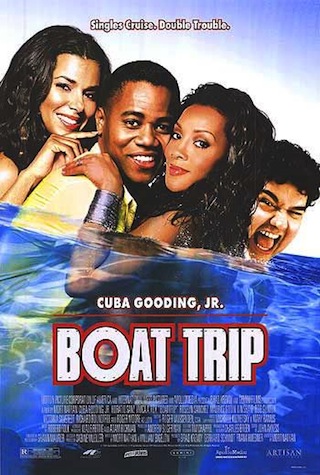 "We must get together some time, go for a midnight swim, do whatever feels right...that is what a gay cruise is all about."
— Lloyd Faversham
Advertisement:

Jerry (Gooding), a recently dumped man, and his best friend Nick (Sanz) go on a singles cruise, but unknowingly end up on a gay cruise thanks to a spiteful travel agent (played by Will Ferrell in a cameo role). Hilarity Ensues.