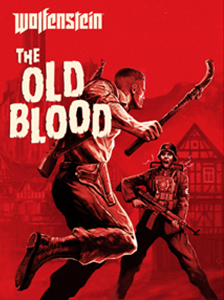 It is 1946, and the Allies are losing World War II thanks to a sudden technological leap made by the Nazi regime. B.J. Blazkowicz is sent on a secret mission to Castle Wolfenstein, in order to retrieve a folder held by SS Officer Helga von Schabbs that holds the secret location of Deathshead, the Mad Scientist responsible for the Nazi's sudden technological advantage.

At its essence, The Old Blood is a tribute to the older entries in the series, especially in that it plays with the Ghostapo elements that The New Order severely downplayed.