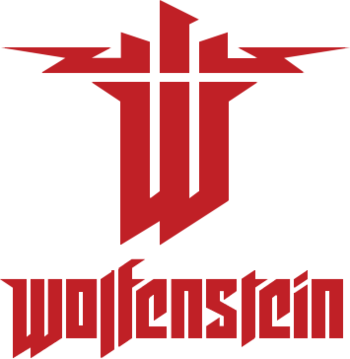 Pumping Those Wacky Nazis full of lead since 1981.
Advertisement:

Wolfenstein is a long-running series of video games created first by Muse Software, then followed by id Software, Gray Matter Interactive, Raven Software, and MachineGames. This series is often regarded as the launch of the First-Person Shooter genre with Wolfenstein 3-D, alongside the later Doom, also by id. So far, the games in the series are the following:

Most of the series follows the adventures of the soldier William "B.J." Blazkowicz in his war against Those Wacky Nazis. Although 3D had a comical side in some aspects, what with a Secret Level featuring the Pac-Man ghosts, later entries have a more "serious" thematic, with heavy emphasis on the supernatural and occult and experimental weapons development projects, as well as victorious Nazis Alternate History in The New Order onwards.

Common tropes found across the series include: