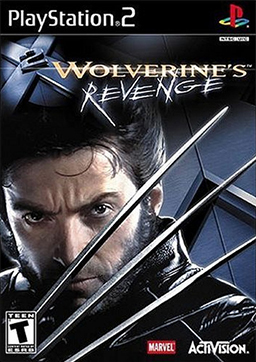 The game doesn't have Hugh Jackman as Wolverine at all.
Advertisement:

X2: Wolverine's Revenge is a 2003 video game based on Wolverine for the PlayStation 2, Nintendo GameCube, Game Boy Advance and Xbox. It notably has the voice talent of Mark Hamill voicing Wolverine in the game. It still had Patrick Stewart voicing Professor X. It's release coincided with X2: X-Men United.