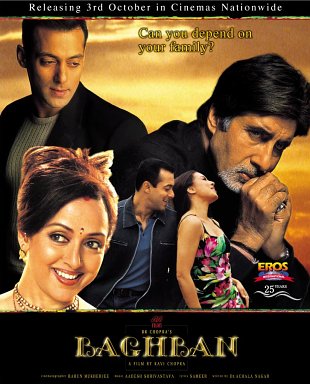 Baghban (or Caretaker) is a 2003 Bollywood film, starring Amitabh Bachchan and Hema Malini as Raj and Pooja Malhotra. Raj and Pooja are happily married for 40 years. They have four sons:

The treatment of Raj and Pooja by their four sons is a central theme in this film. This is put in contrast with the treatment Raj and Pooja receive from Alok. It is notable that Alok does not have any interaction with his four brothers.