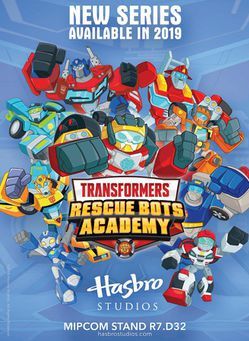 The series follows the first class of the new Rescue Bot Training Academy, learning from the more experienced Rescue Bots how to respond to emergency situations and become heroes.

It was renewed for a second season that premiered in 2020

. It was later announced that same year that the second season was the show's last

After the remaining 26 episodes of season two were burned off in the UK in 2020, those episodes would finally reach American airwaves in the following year, with the final two episodes airing on June 5, 2021, marking the end of the Transformers Aligned continuity.