Anime / Mary and The Witch's Flower 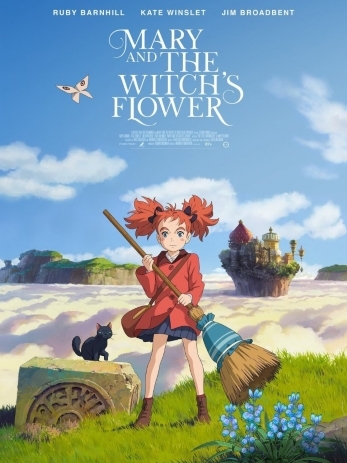 For just one night
A mysterious power is yours
What will you do?
Advertisement:

Mary and The Witch's Flower is a 2017 anime film based on the novel The Little Broomstick by Mary Stewart. The first film to be produced by Studio Ponoc, it was directed by co-founder and former Studio Ghibli animator Hiromasa Yonebayashi, with the screenplay written by Yonebayashi and Riko Sakaguchi (When Marnie Was There). It was released on July 8, 2017.

The film tells the story of Mary Smith (voiced by Hana Sugisaki), an ordinary English girl who has just moved in with her great-aunt, Charlotte (Shinobu Otake). When she plucks a mysterious flower in the woods, she gains newfound magical powers that take her to Endor College, a prestigious Wizarding School, where Madam Mumblechook (Yūki Amami) and Doctor Dee (Fumiyo Kohinata) both revere her as a once-in-a-lifetime prodigy. However, all is not what it seems and she must stop the nefarious plot at work.

Mary and The Witch's Flower provides examples of: