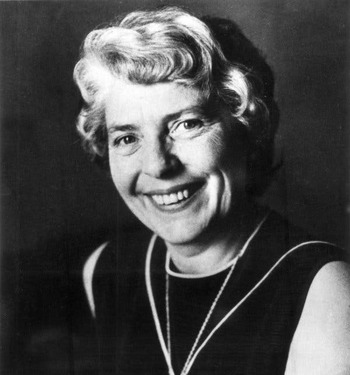 Mary, Lady Stewart (born Mary Florence Elinor Rainbow, 17 September 1916 – 9 May 2014) was an English writer of historical fantasy, romance, and suspense novels. She is sometimes credited with turning romance-suspense into a full sub-genre in the late fifties and early sixties, but she is best known for her wildly successful and influential Merlin Trilogy, starting with 1970's The Crystal Cave, which was one of the first major attempts to retell Arthurian Legend from the point of view of a character other than King Arthur (Merlin, obviously), and also one of the first to retell the Arthurian legend "as it might have really happened", by emphasizing the historical setting and downplaying the magical elements.

Her novel The Moon-Spinners was turned into a Disney movie in 1964 while her other novel The Little Broomstick would later become an anime movie called Mary and The Witch's Flower in 2017.