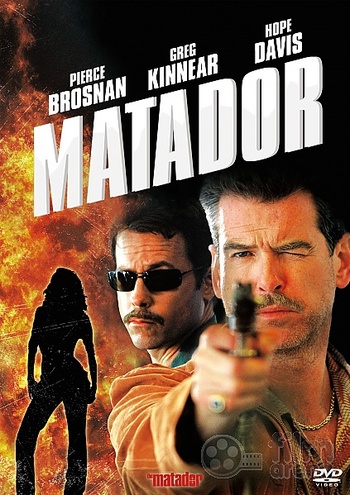 "A hitman and a salesman walk into a bar..."
Advertisement:

A 2005 Dark Comedy directed by Richard Shepard that has a hitman (Pierce Brosnan) and a businessman (Greg Kinnear) meeting in a Mexico city bar and develop a strange relationship that will change their lives forever.