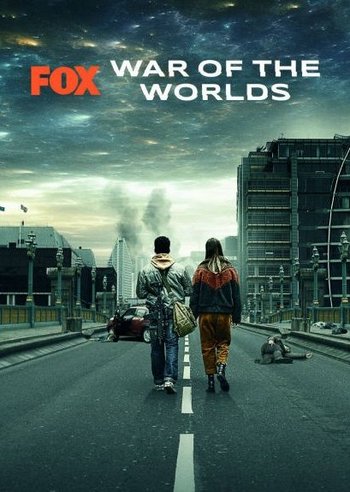 A reimagining of H. G. Wells's The War of the Worlds, created and written by Howard Overman (Misfits, Crazyhead, Merlin (2008)), set in present day Britain and France. Not to be confused with the 2019 BBC series, The War of the Worlds (2019), nor the 1988 US series with the same name (also set in the-then-present day).
Advertisement:

After its original broadcast in the UK and France, it was re-released for US audiences on ePix beginning in February 2020.

The show has aired two seasons with the third season due to be released in 2022.

War of the Worlds provides examples of: