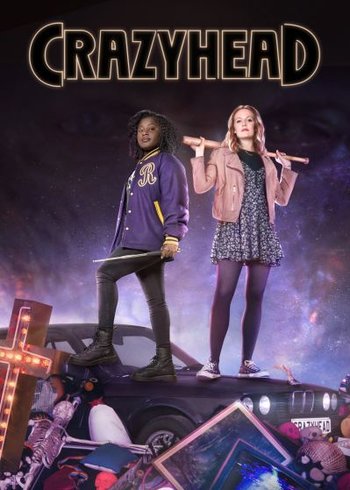 Crazyhead is a 2016 Netflix and Channel 4 co-production television show. It was created by Howard Overman and stars Cara Theobold and Susan Wokoma.

The show kicks off following Amy, a young bowling alley employee who has recently been seeing a psychiatrist on the grounds of seeing strange things. Things take soon take a turn when she meets Raquel who informs her that she is a seer - someone who can see demon-possessed humans walking amongst ordinary people. Hilarity ensues as they try to navigate their way through supernatural encounters more than a little out of place in their otherwise mundane lives.