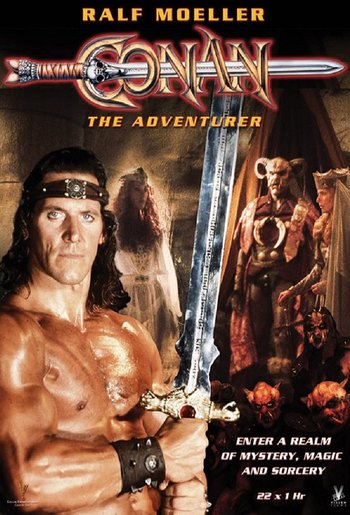 Conan the Adventurer, originally titled Conan, is a live-action TV series that ran for one season in 1997 to 1998. It was but one of many late 90s fantasy shows that followed in the wake of Hercules: The Legendary Journeys, and a total of 22 episodes were produced.

For the animated series of the same name, see here.