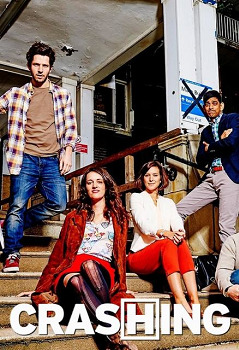 Crashing is a British comedy drama series written by Phoebe Waller-Bridge and directed by George Kane. It was produced by Big Talk Productions and commissioned by Channel 4. The six-part series premiered on 11 January 2016.

Six young adults live in a large disused hospital as property guardians. They keep the building safe in exchange for cheap rent, but they have to follow a strict set of rules.