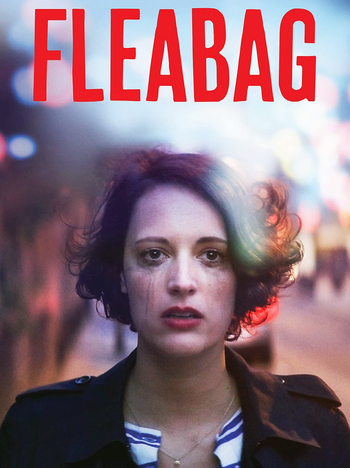 Fleabag is a 2016 Brit Com created by, written by and starring Phoebe Waller-Bridge as the namesake character, a dry-witted Lovable Sex Maniac proprietor of an unsuccessful London cafe struggling to cope with her Dysfunctional Family and the death of her best friend Boo.

Originally an award-winning play for the Edinburgh Fringe, the show was commissioned by BBC Three as an iPlayer-only exclusive before being picked up by Amazon Originals for international distribution, with US distribution being handled through Prime Video. A second (and final) series aired on BBC Three in March 2019.